Royal Chapel of the Cathedral of Granada

The Royal Chapel of Granada it houses the mortal remains of D. Fernando de Aragón and Dª Isabel de Castilla, of Dª. Juana I and D. Felipe I and Prince Miguel. After the conquest of Granada (1492), the Catholic Monarchs decided to build their own sepulchral chapel inside the Cathedral of Granada. In the place where the Great Mosque was located, four buildings are currently located: the Cathedral, the Royal Chapel, the Fish Market and the Church of the Tabernacle.

The design of the Royal Chapel began in 1504, being traced by Enrique Egas (1505-1517) following the wishes of austerity of the Catholic queen.

If what you want is to know Granada and its monuments (Royal Chapel and Cathedral), as well as its surroundings, without a doubt your visit is "Granada Monumental". We have 2 modalities of visit: 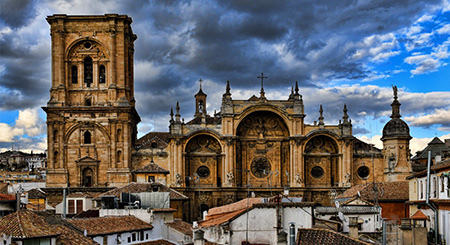 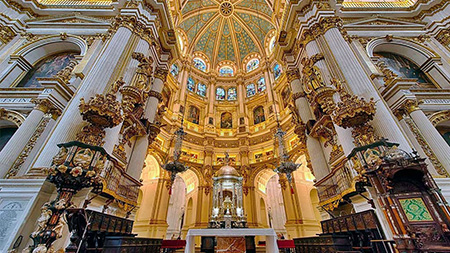